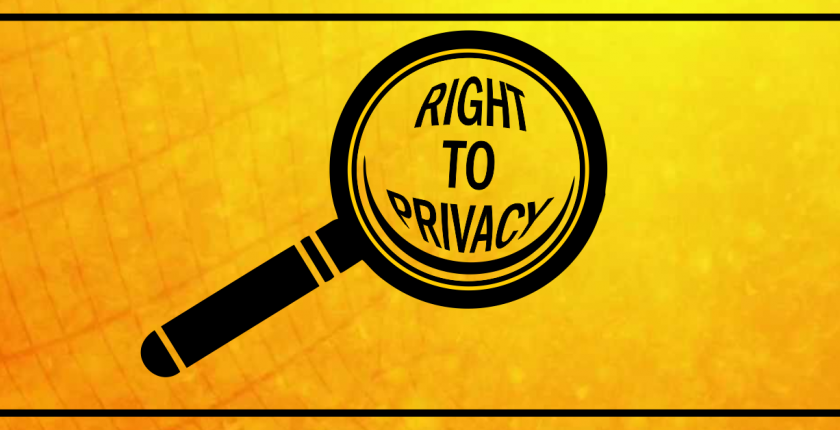 In a historical verdict 9 Judge Bench, declared right to privacy a fundamental right within the ambit of Article 21 of the Constitution. The histrionic judgment was decided on decided on 24.08.2017.

Life and personal liberty are inalienable rights. These are rights which are inseparable from a dignified human existence. The dignity of the individual, equality between human beings and the quest for liberty are the foundational pillars of the Indian Constitution. Privacy is the constitutional core of human dignity. Privacy has both a normative and descriptive function. At a normative level privacy sub-serves those eternal values upon which the guarantees of life, liberty and freedom are founded. At a descriptive level, privacy postulates a bundle of entitlements and interests which lie at the foundation of ordered liberty.

Privacy includes at its core the preservation of personal intimacies, the sanctity of family life, marriage, procreation, the home and sexual orientation. Privacy also connotes a right to be left alone. Privacy safeguards individual autonomy and recognises the ability of the individual to control vital aspects of his or her life. Personal choices governing a way of life are intrinsic to privacy. Privacy protects heterogeneity and recognises the plurality and diversity of our culture. While the legitimate expectation of privacy may vary from the intimate zone to the private zone and from the private to the public arenas, it is important to underscore that privacy is not lost or surrendered merely because the individual is in a public place. Privacy attaches to the person since it is an essential facet of the dignity of the human being.

Life and personal liberty are not creations of the Constitution. These rights are recognised by the Constitution as inhering in each individual as an intrinsic and inseparable part of the human element which dwells within;

Privacy is a constitutionally protected right which emerges primarily from the guarantee of life and personal liberty in Article 21 of the Constitution. Elements of privacy also arise in varying contexts from the other facets of freedom and dignity recognised and guaranteed by the fundamental rights contained in Part III.

Constitution must evolve with the felt necessities of time to meet the challenges thrown up in a democratic order governed by the rule of law. The meaning of the Constitution cannot be frozen on the perspectives present when it was adopted. Technological change has given rise to concerns which were not present seven decades ago and the rapid growth of technology may render obsolescent many notions of the present. Hence the interpretation of the Constitution must be resilient and flexible to allow future generations to adapt its content bearing in mind its basic or essential features;

Like other rights which form part of the fundamental freedoms protected by Part III, including the right to life and personal liberty under Article 21, privacy is not an absolute right. A law which encroaches upon privacy will have to withstand the touchstone of permissible restrictions on fundamental rights. In the context of Article 21 an invasion of privacy must be justified on the basis of a law which stipulates a procedure which is fair, just and reasonable. The law must also be valid with reference to the encroachment on life and personal liberty under Article 21. An invasion of life or personal liberty must meet the three-fold requirement of (i) legality, which postulates the existence of law; (ii) need, defined in terms of a legitimate state aim; and (iii) proportionality which ensures a rational nexus between the objects and the means adopted to achieve them; and (I) Privacy has both positive and negative content. The negative content restrains the state from committing an intrusion upon the life and personal liberty of a citizen. Its positive content imposes an obligation on the state to take all necessary measures to protect the privacy of the individual.

However the judgment will have different implications in rest of the cases pending in Supreme Court.

Similarly in a Delhi High Court judgment (Karmanya Singh Sareen And Anr vs Union Of India And Ors on 23 September, 2016) better known as whatsapp case will remain status quo by the recent right to privacy judgment.  The main reason for this is Facebook and WhatsApp are private entities. These private entities don’t get covered under the ambit of fundamental rights as they are enforced under Part III of the Indian constitution and they are only enforceable to state action.