Home > Legal News > Justice Adarsh Kumar Goel, to be the next Chairman of National Green Tribunal

Justice Adarsh Kumar Goel, to be the next Chairman of National Green Tribunal 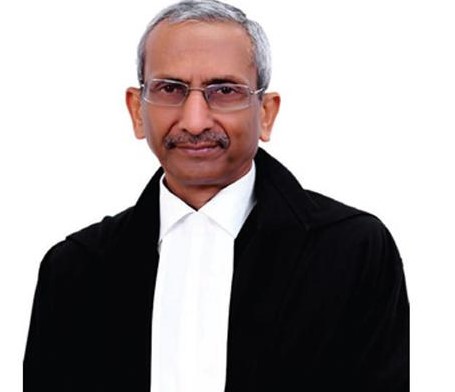 Hon’ble (Mr.) Justice Adarsh Kumar Goel retired as a judge of Supreme Court on Friday July 06, 2018. It seemed that his next assignment was awaiting his retirement. Same evening a notification was issued by  the Department of Personnel and Training, Government of India which confirms his appointment as the new Chairperson of the National Green Tribunal (NGT).

His tenure as NGT Chairperson has been specified as being for a period of five years from the date he assumes office, or till he reaches the age of 70 years, whichever is earlier.

The notification issued by  the Department of Personnel and Training, Government of India states :

“The Appointments Committee of the Cabinet (ACC) has approved the proposal for appointment of Justice Adarsh Kumar Goel, Judge Supreme Court of India as Chairperson, National Green Tribunal (NGT), in the pay scale and with such allowances and benefits as are admissible for the post, for a period of 05 years w.e.f the date of assumption of charge of the post, or till the age of 70 years, whichever is earlier.Necessary communication in this regard has been sent to the Ministry of Environment, Forest & Climate Change.”